Free Shipping on Orders over $200! 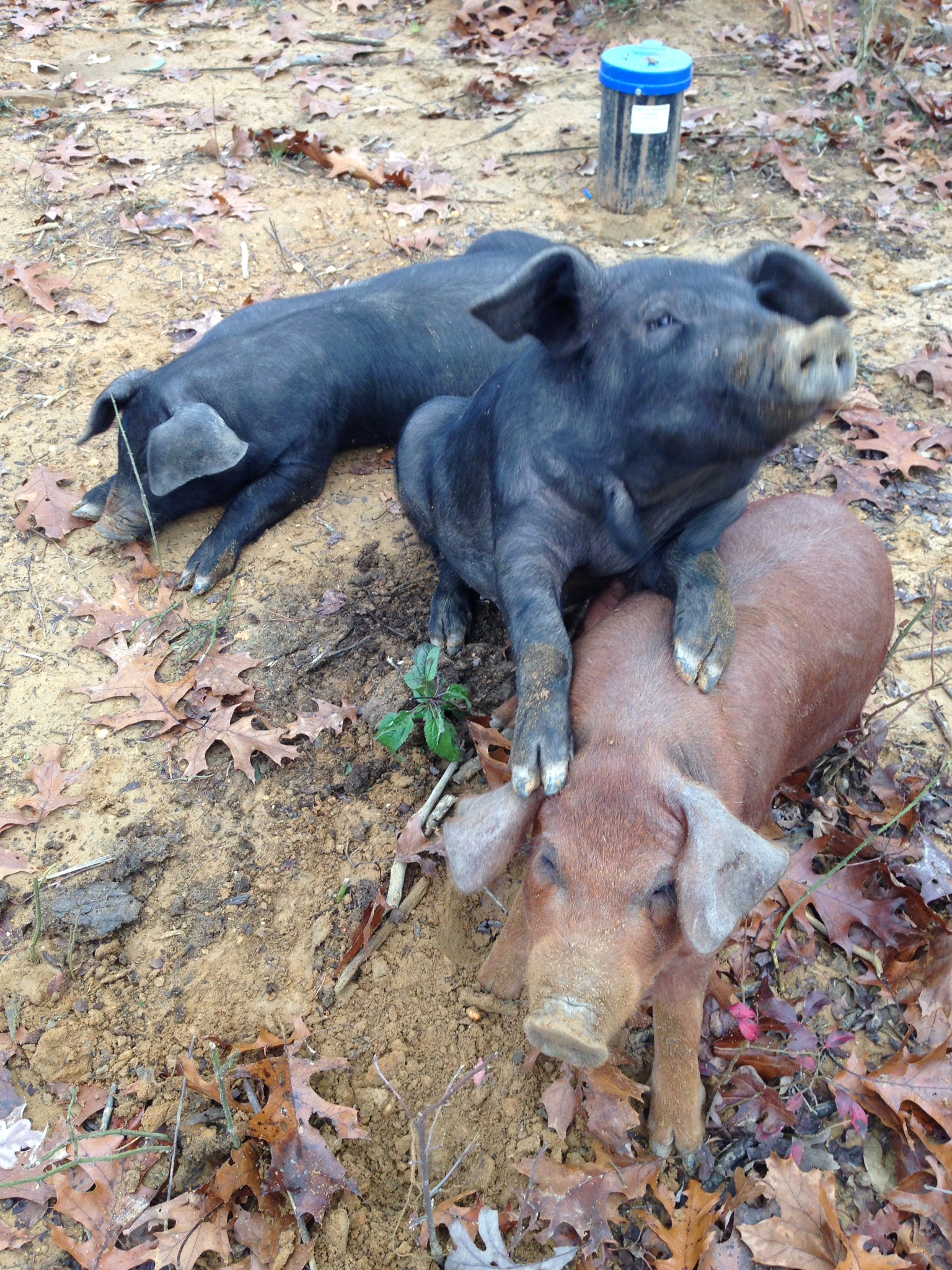 How did you get started with pigs?

To be honest, we weren’t planning on raising pigs. However, we realized that producing the kind of healthy beef we wanted would take time to grow; to raise and finish a cow on grass alone takes about three years. In the meantime, we needed to generate an income and establish ourselves as a business while spreading the word that we were raising healthy proteins.  This is when we decided to raise pigs.

We happened upon a man selling what was left of a litter of pigs in October 2015.  He boasted of their quick turnover rate and high demand, so we considered pigs for the moment.  The breed was a cross between a Large Black and Red Waddle, two of the older, unimproved breeds (not designed for commercial factory farming that sacrificed flavor for fast growth).  These also tend to grow somewhat quickly and resist parasites, which was perfect for our newly established land; we didn’t know what kinds of parasites or ecosystems were out there in this unexplored land.  There were four of them. We named them Ham, Bacon, Sausage, and Pork Chop and brought them home to Cove Creek Farm.

A piece of land partially in the woods was fenced off for them as we watched them grow. It turned out that they were a great addition to the farm! They too helped turn the soil as they brought in income, just like the goats. Their powerful, long snouts designed for digging for grubs and root vegetables in the soil were incredible for tilling soil!  We started feeding them in specific places where we wanted the soil turned, such as large brushpiles and fallen trees. They’d use their snouts to sniff out their supplemental feed and knock the brush piles down to level ground! We began using them as workers as well, moving them frequently in a rotational grazing pattern. The way we raise our pigs on pasture is similar to the way it was done pre-WWII.

In the summer of 2018 we decided to start breeding our own pigs.  “Big Daddy” is our first and still our only boar. He’s a Gloucester Old Spot, another heritage breed. The first mama to have babies on the farm was named “Mama Dottie.”  She is also a Gloucester Old Spot. The babies were born at the end of September 2018. Since then, we’ve also acquired “Socks” and “Boots,” two Mule Foot sows. All three mothers have given birth in the past year!